What it’s like using the Owl car security camera

When you get a new car, and you’re feeling like a star, the first thing you’re probably going to do is ghost ride it. This is where the Owl camera can come in.

I’ve been testing Owl, an always-on, two-way camera that records everything that’s happening inside and outside of your car all day, every day for the last couple of weeks.

The Owl camera is designed to monitor your car for break-ins, collisions and police stops. Owl can also be used to capture fun moments (see above) on the road or beautiful scenery, simply by saying, ‘Ok, presto.’

If Owl senses a car accident, it automatically saves the video to your phone, including the 10 seconds before and after the accident. Also, if someone is attracted to your car because of the camera and its blinking green light, and proceeds to steal it, Owl will give you another one.

For 24 hours, you can view your driving and any other incidents that happened during the day. You can also, of course, save footage to your phone so you can watch it after 24 hours.

The two-way camera plugs into your car’s on-board diagnostics port (Every car built after 1996 has one), and takes just a few minutes to set up. The camera tucks right in between the dashboard and windshield. Once it’s hooked up, you can access your car’s camera anytime via the Owl mobile app.

I was a bit skeptical about the ease with which I’d be able to install the camera, but it was actually pretty easy. From opening the box to getting the camera up and running, it took fewer than ten minutes. 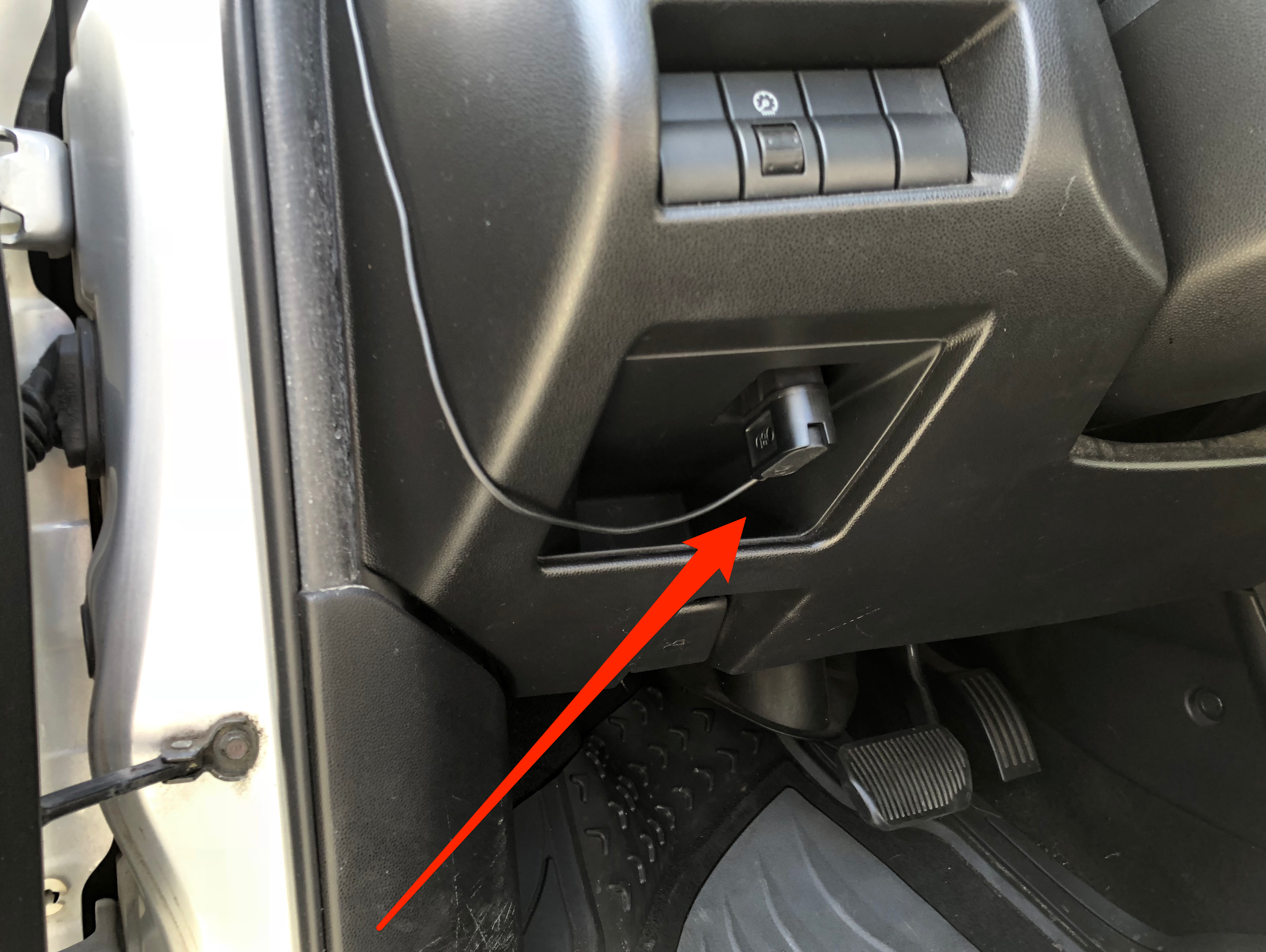 This is where it can get a little tricky. If you want to save footage after the fact, Owl requires that you be physically near the camera. That meant I had to put on real clothes and walk outside to my car to access the footage from the past 24 hours in order to connect to the Owl’s Wi-Fi. Eventually, however, Owl says it will be possible to access that footage over LTE.

But that wasn’t my only qualm with footage access. Once I tried to download the footage, the app would often crash or only download a portion of the footage I requested. This, however, should be easily fixable, given Owl is set up for over-the-air updates. In fact, Owl told me the company is aware of that issue and is releasing a fix this week. If I want to see the live footage, though, that’s easy to access.

Owl is set up to let you know if and when something happens to your car while you’re not there. My Owl’s out-of-the-box settings were set to high sensitivity, which meant I received notifications if a car simply drove by. Changing the settings to a lower sensitivity fixed the annoyance of too many notifications.

Since installing the Owl camera, there hasn’t been a situation in which I was notified of any nefarious behavior happening in or around my car. But I do rest assured knowing that if something does happen, I’ll be notified right away and will be able to see live footage of whatever it is that’s happening.

My understanding is that most of the dash cams on the market aren’t set up to give you 24/7 video access, nor are they designed to be updatable over the air. The best-selling dash cam on Amazon, for example, is a one-way facing camera with collision detection, but it’s not always on. That one retails for about $100 while Amazon’s Choice is one that costs just $47.99, and comes with Wi-Fi to enable real-time viewing and video playback.

Owl is much more expensive than its competition, retailing at $299, with LTE service offered at $10 per month. Currently, Owl is only available as a bundle for $349, which includes one year of the LTE service.

Unlike Owl’s competition, however, the device is always on, due to the fact it plugs into your car’s OMD port. That’s the main, most attractive differentiator for me. To be clear, while the Owl does suck energy from your car’s battery, it’s smart enough to know when it needs to shutdown. Last weekend, I didn’t drive my car for over 24 hours, so Owl shut itself down to ensure my battery wasn’t dead once I came back.

Owl, which launched last month, has $18 million in funding from Defy Ventures, Khosla Ventures, Menlo Ventures, Sherpa Capital and others. The company was founded by Andy Hodge, a former product lead at Apple and executive at Dropcam, and Nathan Ackerman, who formerly led development for Microsoft’s HoloLens.

P.S. I was listening to “Finesse” by Bruno Mars and Cardi B in the GIF above.

← Prev: The next frontier for robotics? Jazz marimba Next: The Three Most-Overlooked Digital Marketing Hacks Small-Businesses Forget To Utilize →