This light-powered 3D printer materializes objects all at once 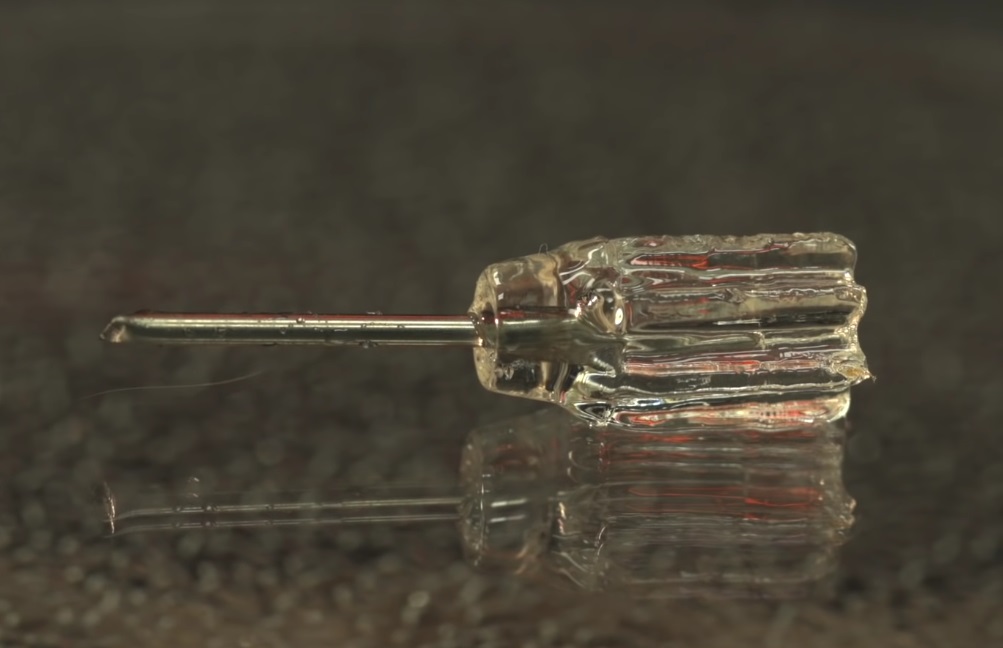 3D printing has changed the way people approach hardware design, but most printers share a basic limitation: they essentially build objects layer by layer, generally from the bottom up. This new system from UC Berkeley, however, builds them all at once more or less by projecting a video through a jar of light-sensitive resin.

The device, which its creators call the replicator (but shouldn’t, because that’s a Makerbot trademark), is mechanically quite simple. It’s hard to explain it better than Berkeley’s Hayden Taylor, who led the research:

Basically, you’ve got an off-the-shelf video projector, which I literally brought in from home, and then you plug it into a laptop and use it to project a series of computed images, while a motor turns a cylinder that has a 3D-printing resin in it.

Obviously there are a lot of subtleties to it — how you formulate the resin, and, above all, how you compute the images that are going to be projected, but the barrier to creating a very simple version of this tool is not that high.

Using light to print isn’t new — many devices out there use lasers or other forms of emitted light to cause material to harden in desired patterns. But they still do things one thin layer at a time. Researchers did demonstrate a “holographic” printing method a bit like this using intersecting beams of light, but it’s much more complex. (In fact Berkeley worked with Lawrence Livermore on this project.)

In Taylor’s device, the object to be recreated is scanned first in such a way that it can be divided into slices, a bit like a CT scanner — which is in fact the technology that sparked the team’s imagination in the first place.

By projecting light into the resin as it revolves, the material for the entire object is resolved more or less at once, or at least over a series of brief revolutions rather then hundreds or thousands of individual drawing movements.

This has a number of benefits besides speed. Objects come out smooth — if a bit crude in this prototype stage — and they can have features and cavities that other 3D printers struggle to create. The resin can even cure around an existing object, as they demonstrate by manifesting a handle around a screwdriver shaft.

Naturally different materials and colors can be swapped in, and the uncured resin is totally reusable. It’ll be some time before it can be used at scale or at the level of precision traditional printers now achieve, but the advantages are compelling enough that it will almost certainly be pursued in parallel with other techniques.

The paper describing the new technique was published this week in the journal Science.