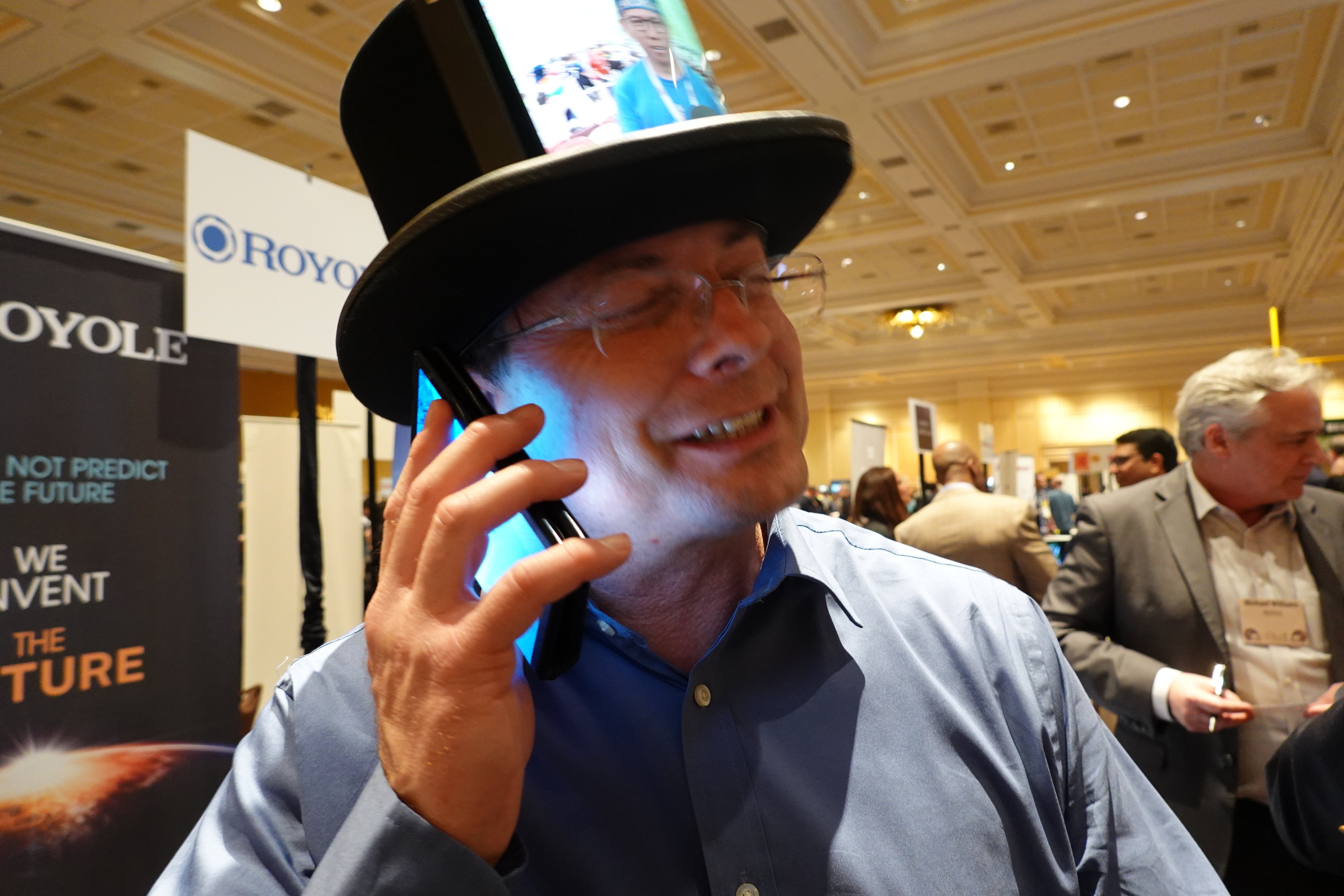 This article is brought to you by TechCrunch.com
Article author: Romain Dillet {authorlink}

People have been talking about foldable smartphones for years, but it’s finally happening. Chinese company Royole was showing off the FlexPai at CES in Las Vegas, and we got to play with it for a few minutes.

It’s hard to say if it’s a phone or a tablet as you can basically use it as a phone and a small tablet. Arguably, the tablet form factor is the most usable one. It’s a 7.8-inch device that runs Android.

When you fold the AMOLED display, there’s still a small gap between the two halves of the screen. But it’s also much smaller than the unfolded version. It’s a bulky phone, but it’s still much easier to store in a purse compared to a tablet.

You can already buy a developer version of the device if you live in the U.S. for around $1,300. It runs Android with a bunch of custom software features. If you fold the device, all your content moves to one part of the screen. It’s not a fluid experience, but it works.

It’s impressive to see that Royole managed to beat Samsung and other manufacturers to the market with this technology. Now, let’s see if Royole will sell its own devices, partner with other manufacturers or both. We have a video of the device coming up later this week. 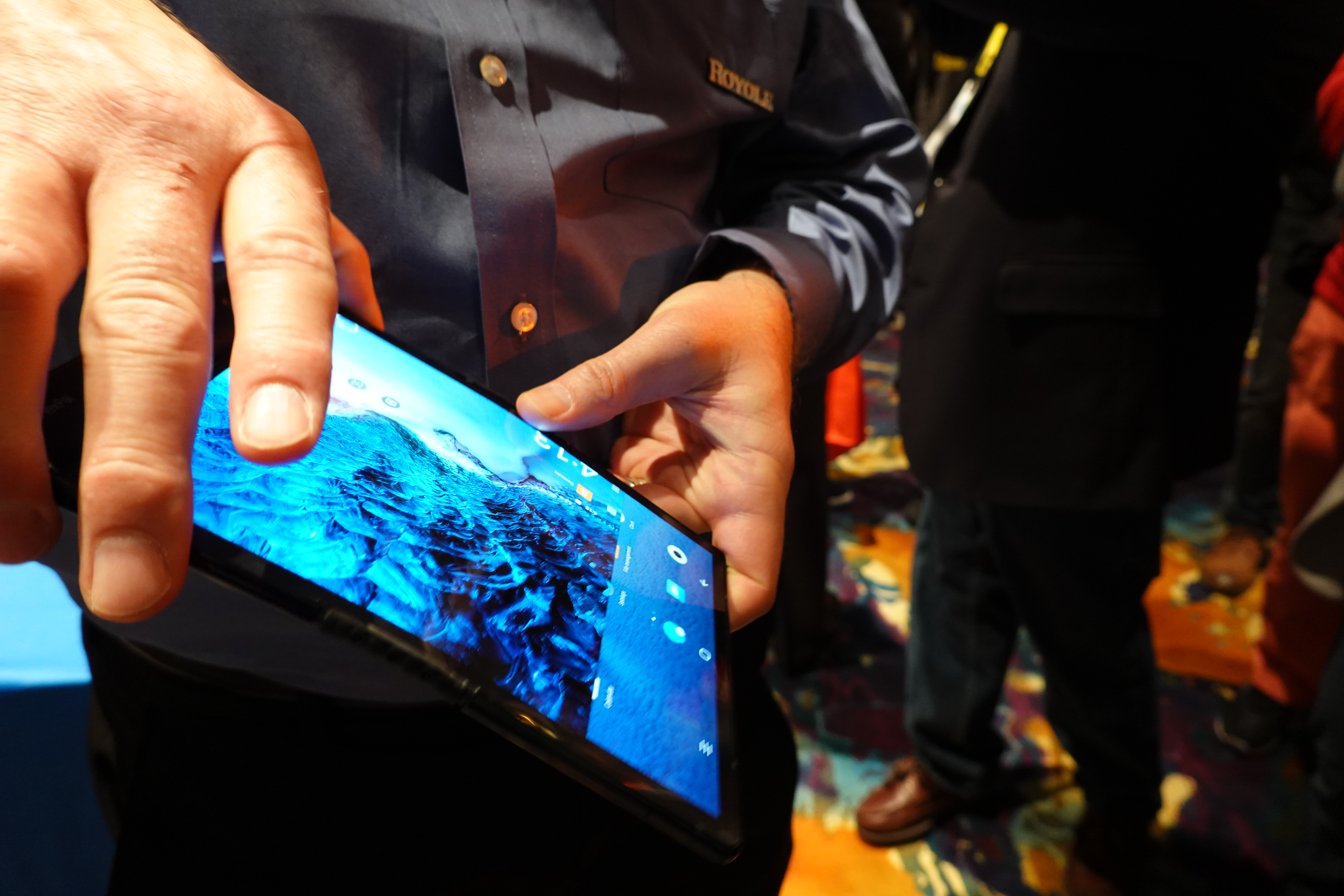 ← Prev: Swarms of tiny satellites could act like one giant space telescope Next: Move over notch, the hole-punch smartphone camera is coming →