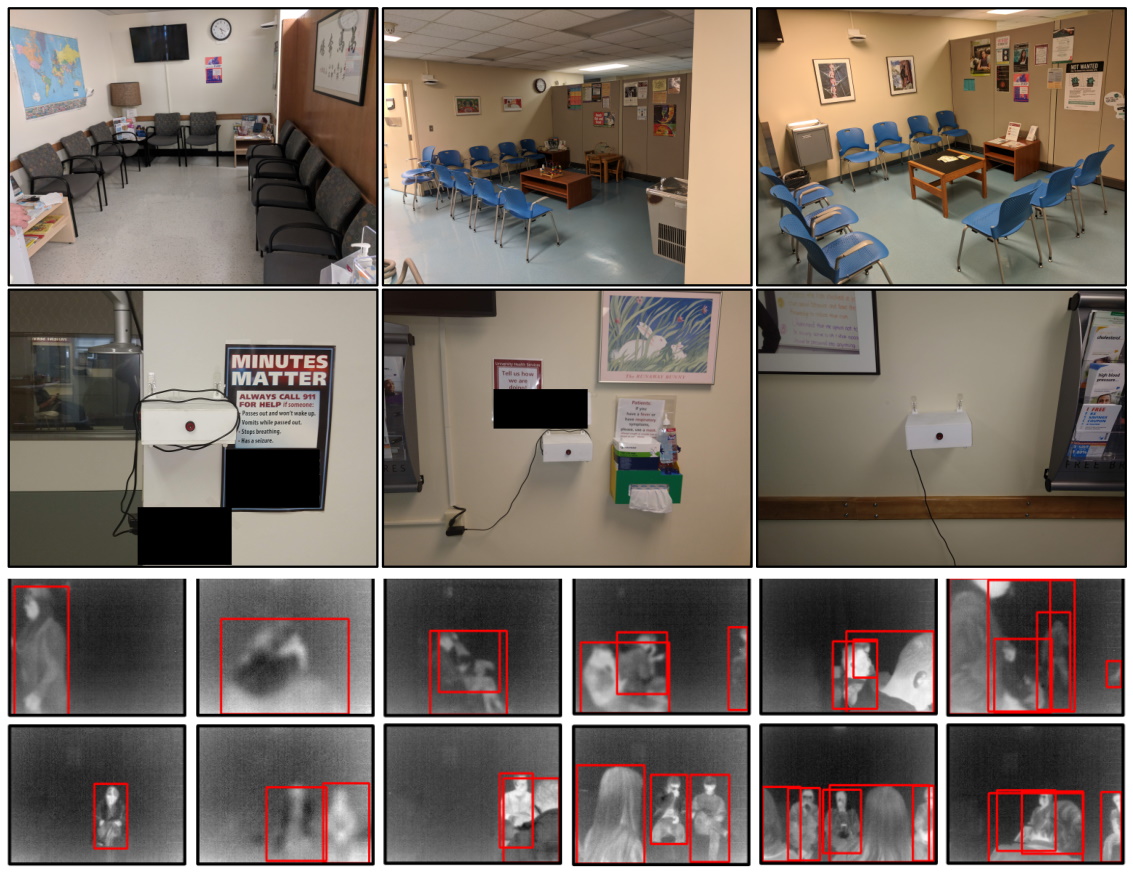 One of the obstacles to accurately estimating the prevalence of sickness in the general population is that most of our data comes from hospitals, not the 99.9 percent of the world that isn’t hospitals. FluSense is an autonomous, privacy-respecting system that counts the people and coughs in public spaces to keep health authorities informed.

Every year has a flu and cold season, of course, though this year’s is of course far more dire. But it’s like an ordinary flu season in that the main way anyone estimates how many people are sick is by analyzing stats from hospitals and clinics. Patients reporting “influenza-like illness” or certain symptoms get aggregated and tracked centrally. But what about the many folks who just stay home, or go to work sick?

We don’t know what we don’t know here, and that makes estimates of sickness trends — which inform things like vaccine production and hospital staffing — less reliable than they could be. Not only that, but it likely produces biases: Who is less likely to go to a hospital, and more likely to have to work sick? Folks with low incomes and no healthcare.

Researchers at the University of Massachusetts Amherst are attempting to alleviate this data problem with an automated system they call FluSense, which monitors public spaces, counting the people in them and listening for coughing. A few of these strategically placed in a city could give a great deal of valuable data and insight into flu-like illness in the general population.

Tauhidur Rahman and Forsad Al Hossain describe the system in a recent paper published in an ACM journal. FluSense basically consists of a thermal camera, a microphone, and a compact computing system loaded with a machine learning model trained to detect people and the sounds of coughing.

To be clear at the outset, this isn’t recording or recognizing individual faces; Like a camera doing face detection in order to set focus, this system only sees that a face and body exists and uses that to create a count of people in view. The number of coughs detected is compared to the number of people, and a few other metrics like sneezes and amount of speech, to produce a sort of sickness index — think of it as coughs per person per minute.

A sample setup, above, the FluSense prototype hardware, center, and sample output from the thermal camera with individuals being counted and outlined.

Sure, it’s a relatively simple measurement, but there’s nothing like this out there, even in places like clinic waiting rooms where sick people congregate; Admissions staff aren’t keeping a running tally of coughs for daily reporting. One can imagine not only characterizing the types of coughs, but visual markers like how closely packed people are, and location information like sickness indicators in one part of a city versus another.

“We believe that FluSense has the potential to expand the arsenal of health surveillance tools used to forecast seasonal flu and other viral respiratory outbreaks, such as the COVID-19 pandemic or SARS,” Rahman told TechCrunch. “By understanding the ebb and flow of the symptoms dynamics across different locations, we can have a better understanding of the severity of a novel infectious disease and that way we can enforce targeted public health intervention such as social distancing or vaccination.”

Obviously privacy is an important consideration with something like this, and Rahman explained that was partly why they decided to build their own hardware, since as some may have realized already, this is a system that’s possible (though not trivial) to integrate into existing camera systems.

“The researchers canvassed opinions from clinical care staff and the university ethical review committee to ensure the sensor platform was acceptable and well-aligned with patient protection considerations,” he said. “All persons discussed major hesitations about collection any high-resolution visual imagery in patient areas.”

Similarly, the speech classifier was built specifically to not retain any speech data beyond that someone spoke — can’t leak sensitive data if you never collect any.

The plan for now is to deploy FluSense “in several large public spaces,” one presumes on the UMass campus in order to diversify their data. “We are also looking for funding to run a large-scale multi-city trial,” Rahman said.

In time this could be integrated with other first- and second-hand metrics used in forecasting flu cases. It may not be in time to help much with controlling COVID-19, but it could very well help health authorities plan better for the next flu season, something that could potentially save lives.

This article is brought to you by Artstechnica.com
Article author: Devin Coldewey
Article source: https://techcrunch.com/2020/03/20/flusense-system-tracks-sickness-trends-by-autonomously-monitoring-public-spaces/

← Prev: New attack on home routers sends users to spoofed sites that push malware Next: The Internet is drowning in COVID-19-related malware and phishing scams →