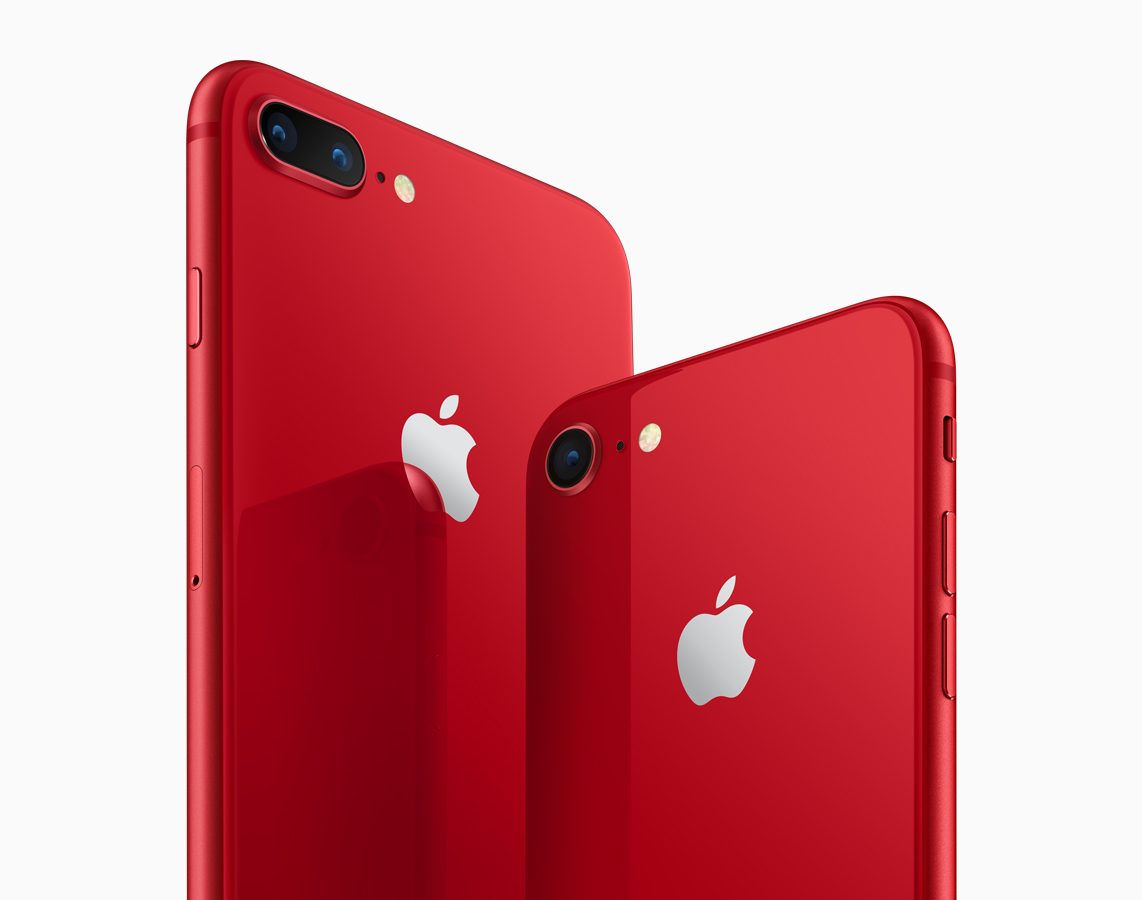 Apple is doing it again. The company just unveiled a new version of the iPhone 8 and iPhone 8 Plus. It has a bright red enclosure and a black front. A portion of Apple’s proceeds will fund HIV/AIDS grants from the Global Fund.

Other than that, it’s an iPhone 8. You’ll get the exact same features and components as in other iPhone 8 models. The iPhone 8 is also available in gold, silver and (“space”) gray. Alas, there’s still no rose gold option.

When Apple unveiled the red version of the iPhone 7, many people didn’t understand why Apple put white bezels at the front of the device. Red and black seem like a good match. That’s why some people even bought screen protectors with black borders to fix this.

This year, Apple is switching to black. It’s interesting to see that Apple waits around 6 months before launching red versions of its iPhones. It could be a way to foster sales in the middle of a product cycle.

The red iPhone 8 is going to start at $699 with 64GB just like regular iPhone 8 models. There will be 256GB versions too. Pre-orders start tomorrow and you’ll be able to buy it in Apple stores on Friday.

For iPhone X users, Apple is launching a dark red leather folio. Apple is also sharing some numbers about its partnership with (PRODUCT)RED. Since 2006, Apple has donated $160 million to the Global Fund through limited edition iPods, iPhones and accessories.

← Prev: James Murray from the Impractical Jokers talks about the future of VR Next: Conserve the Sound is an archive of noises from old tape players, projectors and other dying tech →